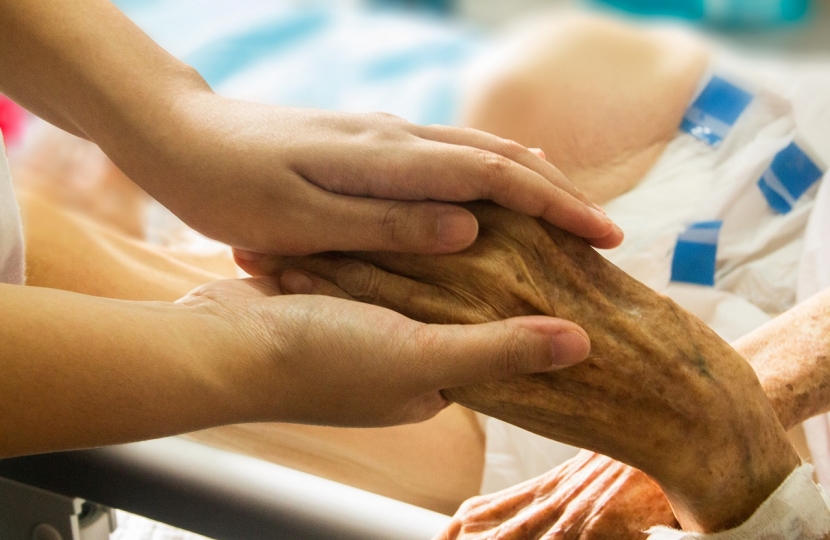 Living with terminal illness is distressing and straining for both the patient and their families and my utmost sympathy goes out to all those suffering with debilitating illnesses.

The law currently states that under Section 2 of the Suicide Act 1961 assisting or encouraging suicide is a criminal offence which carries a maximum penalty of 14 years’ imprisonment. I am aware of the guidelines published by the Director of Public Prosecutions (DPP) which advices the factors the Crown Prosecution service (CPS) should consider when deciding if it is in the public interest to prosecute a person for assisting or encouraging another to commit suicide. The House of Commons has discussed this guidance, and these were unanimously commended as being a compassionate, reasoned approach. However, the law on assisting or encouraging suicide remains a criminal offence.

The DPP further clarified the CPS Policy on the likelihood of prosecution of health care professionals, to specify that the relationship of care will be the important aspect and it will be necessary to consider whether the suspect may have been in a position to exert some influence on the victim.   I support the view that the law should be flexible enough to distinguish between the facts and circumstances of each case and I wholly support the guidance published by the DPP.

I completely accept that suicide, assisted or encouraging suicide, assisted dying and euthanasia are all subjects on which it is entirely possible for people to hold widely different but defensible opinions. This is why I believe the law in this area should not be a matter for party politics and any vote held on this subject should be a free one, meaning there is no party line.