What can politicians learn from Rugby? 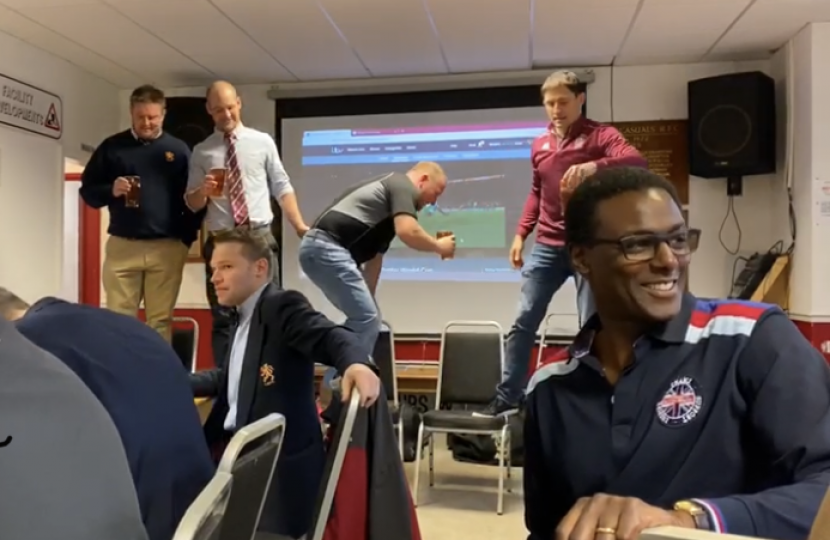 As we approach the "kick-off" for a general election campaign, we are also excitedly anticipating a win for England in the World Cup Final this Saturday in Japan and I'll be cheering them on.

Sport can be a powerful, unifying force in society. Rugby, perhaps more than any other sport, demands respect for your opponents, on and off the pitch.

Our politics could learn so much from this sport. Normally, at the end of every match, the players applaud each other off the field and pat each other on the back. I have witnessed teams who have been fierce opponents less than an hour earlier, sitting and eating together, laughing and joking whilst doing so. It’s the same for the supporters. Fans are never separated in the stands, tend to drink together in the same pubs beforehand, and, after the match, the team banter and camaraderie barely ever spills over into threatening or violent behaviour towards the opposing side.

When it starts, I intend to run a positive campaign to be the next MP for Broxtowe. I will be playing a fair, honest game. Let’s hope everyone does too.

Broxtowe, along with the whole of Nottinghamshire will enter Tier 3 measures on Friday 30th October at 00:01AM.