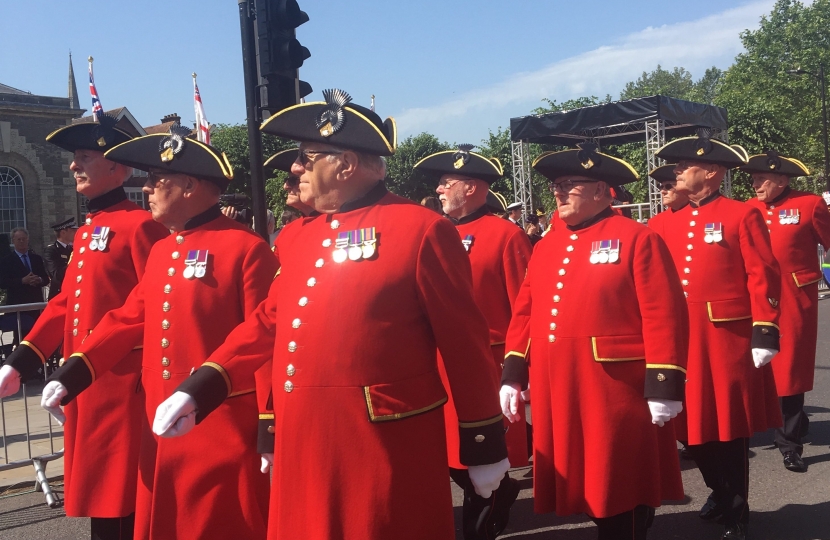 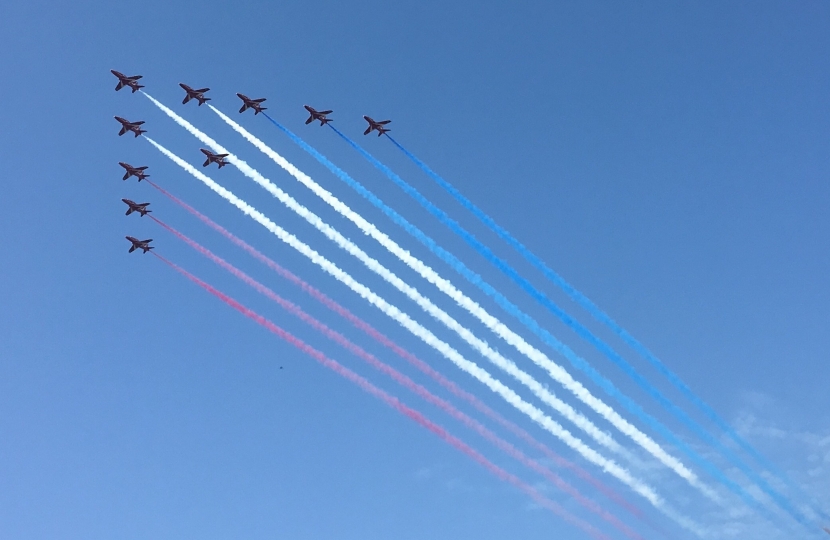 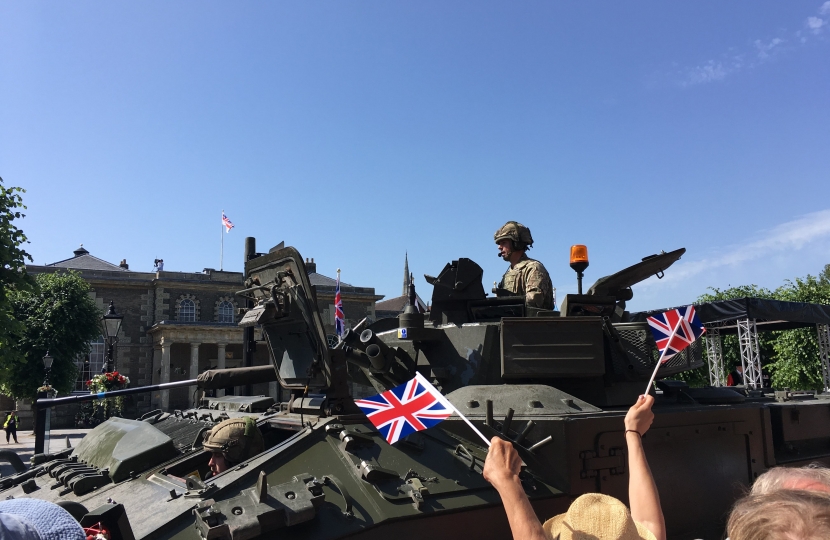 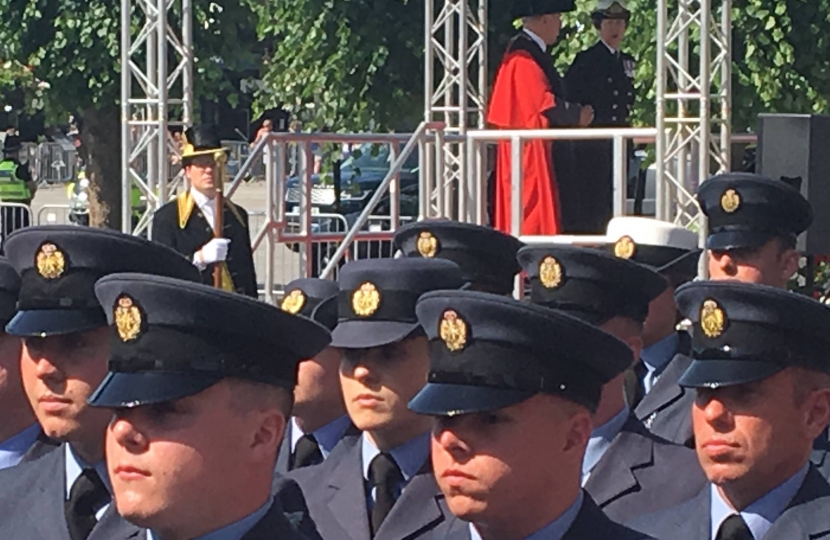 Regular and reserve personnel, veterans, cadets and blue light services took part in the parade on the morning of Saturday 29 June 2019 through the City's streets as well as military horses, working dogs and vehicles. The parade was led by the mounted dutymen from the Household Cavalry and finished with the British Army units which hold the Freedom of Salisbury.

The parade was attended by HRH The Princess Royal and the world-famous Royal Air Force Red Arrows made a spectacular moment when they flew overhead.

Darren commented "the Chelsea Pensioners received the loudest cheers from the crowd. I watched the parade with my family and I felt very proud that I have served my country in the Royal Air Force. I believe the British Armed Forces are the finest in the world and it is right that we celebrate and support all they do".

I hope you and your loved ones are keeping safe and well.

This has been a varied - but positive - week for me in Parliament and Broxtowe and plans are well under way for a busy summer recess in the Constituency.