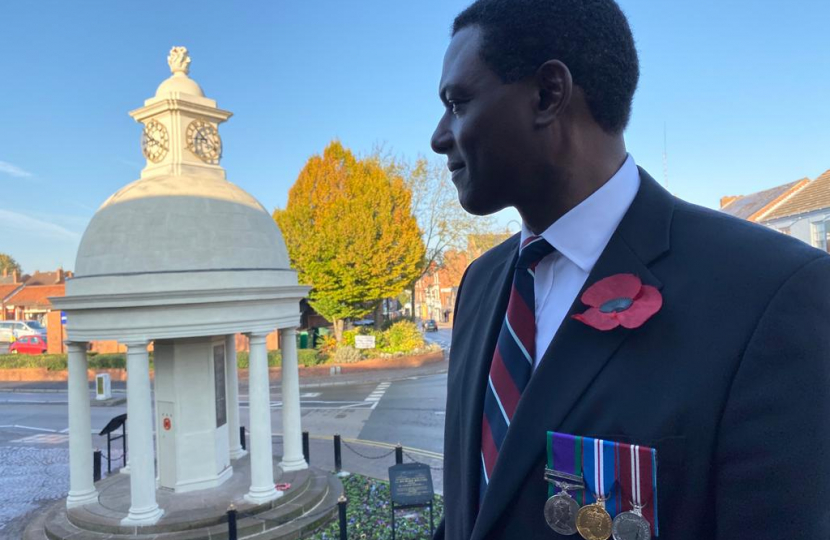 MP for Broxtowe and RAF veteran, Darren Henry has welcomed an end to the visa fees required for Commonwealth and Gurkha soldiers, which came into force on 6th April. Commonwealth personnel and Gurkhas who have served in the UK Armed Forces for six or more years, or who left before this due to injury, will no longer have to pay fees of £2,389 in order to continue living in the UK following service in the UK’s Armed Forces. Darren has long been in support of veterans and their families both in the community and in Parliament. Like many people across the country, Darren was concerned about the threat of separation and deportation facing individuals after years of loyal service in our Armed Forces, simply because they were unable to pay the required fees.

“Having served with Commonwealth soldiers during my time in the Royal Air Force, I have seen first-hand their unwavering commitment to our country and the lengths they will go to defend our freedom and values.

I am pleased to see the Government taking this important step to supporting those who have served our country and I will continue to be an ardent advocate for the rights of our veterans and their families.”