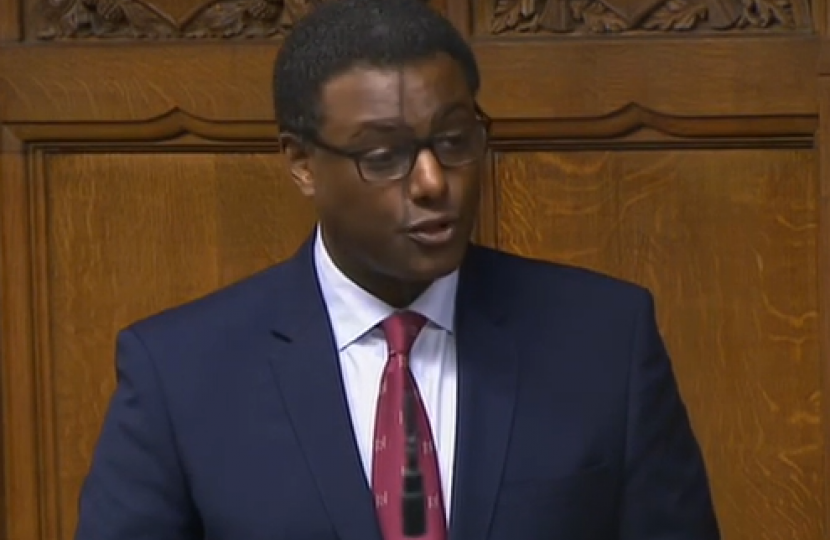 Broxtowe MP, Darren Henry was delighted to speak in the House of Commons on Friday 25th February in support of two different Private Member’s Bills.

Darren spoke during readings of the Marriage and Civil Partnership (Minimum Age) Bill and the Pension Schemes (Conversion of Guaranteed Minimum Pensions) Bill. Both these ground-breaking bills offer solutions to important issues in our society that often see women placed at a particular disadvantage.

The Marriage and Civil Partnership (Minimum Age) Bill seeks to raise the age at which a person can marry from 16 to 18. This bill will be crucial in tackling issues such as forced marriage and child brides which has severe impact on the lives and opportunities of those affected.

Speaking during the debate, Darren noted that “UNICEF estimates that 720 million women alive today were married when they were children. Research by ‘Girls Not Brides’ has shown that every year 12 million girls are married before the age of 18. That amounts to 23 girls every minute, or one nearly every three seconds.

The UK should rightly be proud of our record in supporting and championing the rights of women and girls at home and abroad. For years we have fought to end child marriage in other countries, and in fact the UK has signed two international human rights conventions demanding that child marriage be ended in signatories’ jurisdictions. However, how can we continue to advocate so passionately for the end of the practice when we still have loopholes in our own law that allow under-18-year-olds to marry? It is vital that we demonstrate that a child marriage is not accepted in the UK, and we will do so through the Bill.”

Additionally, speaking in the debate regarding Pension Schemes (Conversion of Guaranteed Minimum Pensions) Bill, Darren stressed the importance of equality between men and women in pensions ensuring that women are not adversely disadvantaged by the law on account of having a shorter working life.

Darren noted “Having expressed the importance of pensions, it is integral that both men and women can benefit from those equally. That is why I am very pleased that Honourable Lady has brought this Bill to the House.

Previous legislation required Guaranteed Minimum Pensions (GMPs) to be determined on an unequal basis. A woman’s GMP is normally accrued at a greater rate than that of a man, to ensure that there is recognition of a woman’s working life being five years shorter than that of a man.”

Speaking after the debate Darren remarked “I was pleased to speak in support of the provisions of the two bills discussed. Ensuring we address inequalities faced by women and girls is a key priority for the Government and something that MPs are rightly taking seriously. By addressing issues around the exploitation of marriage and pension inequalities, both of which can have wide ranging and damaging impacts to the quality of life for women and girls, these bills offer practical solutions to these major problems in our society, and I am pleased to see the UK leading the way by setting a real global example.”

Here you can see Darren's latest speeches and appearances in Parliament: