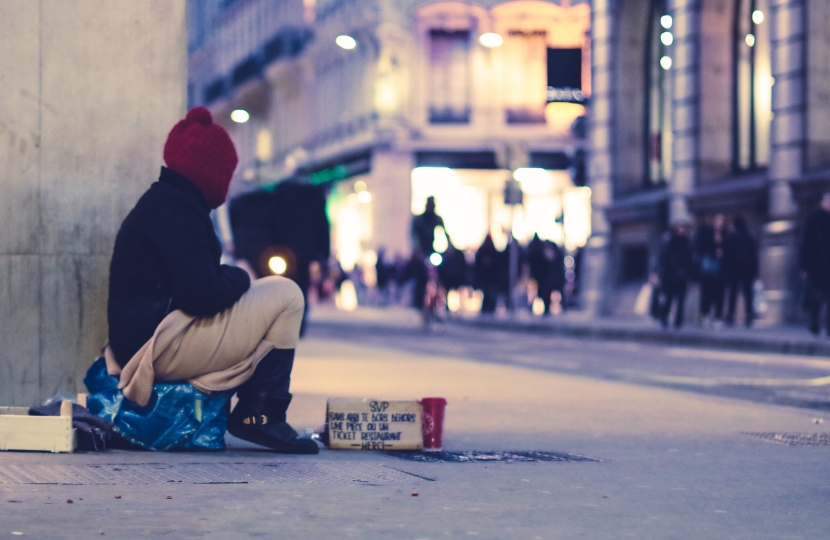 I was elected on a manifesto that pledged to end homelessness under this Parliament by expanding programmes such as the Rough Sleeping Initiative and Housing First. In January the Ministry for Housing, Communities and Local Government announced allocations of a £112 million Rough Sleeping Initiative fund to provide support to those living on the streets. This funding will be used by local authorities, charities and other organisations in around 270 areas and will fund up to 6,000 bed spaces and 3,300 staff.

The Covid-19 crisis has shown us what is possible, however, at the same time, it presents new challenges as we work together to end rough sleeping here in Broxtowe and across the country.

Since the start of the pandemic 15,000 rough sleepers have been provided with temporary accommodation. A further £105 million was announced in June to help rough sleepers into stable accommodation by paying deposits and securing alternative rooms that are readily available.

The Government has also set up a task force led by Dame Louise Casey that supports rough sleepers during the current pandemic. The task force works with local councils to support rough sleepers into long-term accommodation once lockdown is lifted

The Ministry of Housing, Communities and Local Government has also announced a £6 million emergency fund to provide relief for frontline homelessness charitable organisations and £23 million toward addressing substance misuse.

This is a very important issue and I will ensure that ministers are aware of the strength of feeling of the people of Broxtowe.