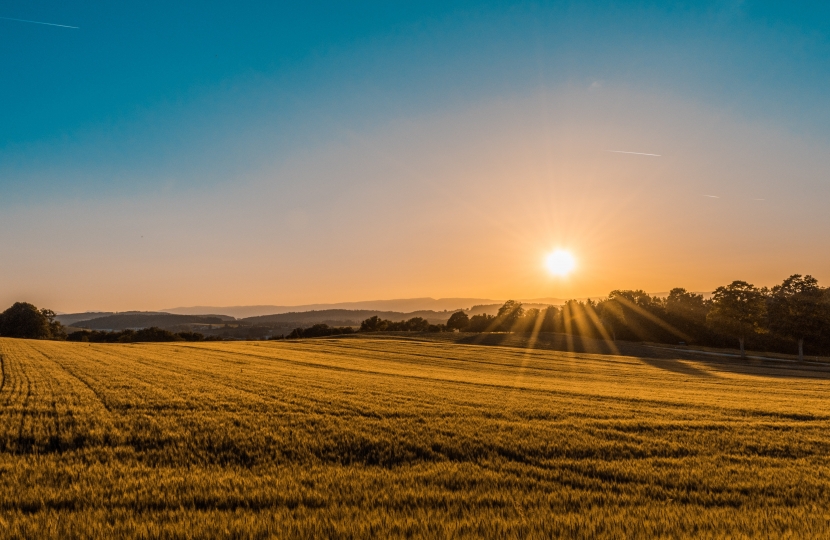 I wholly recognise the importance of this country’s high standards of food production and the value placed in this area by farmers and consumers alike. The United Kingdom has some of the highest standards in the world and I have been reassured by Ministers that there is no chance that our standards would be lowered in pursuit of a future trade agreement. If trading partners wish to break into our domestic market they should expect to meet those standards. The manifesto I stood on was clear that our high environmental protection, animal welfare and food standards would not be compromised and I stand firm on this commitment.

All food coming into this country is expected to meet existing import requirements. The EU Withdrawal Act will transfer all existing EU food safety provisions, including existing import requirements, onto the UK statute book. These standards include a ban on using artificial growth hormones in domestic and imported products and state that no products, other than potable water, are approved to decontaminate poultry carcasses. Any changes to existing food safety legislation would require new legislation to be brought forward by the Government and scrutinised before Parliament.

I welcome the Government’s commitment to uphold our nations high welfare standards. Four public consultations were launched in 2018, where individuals were given the opportunity to state their views (on matters like animal welfare) on how the UK should approach future trade agreement negotiations with the USA, Australia and New Zealand. It also included the United Kingdom’s consideration of accession to the Comprehensive and Progressive Agreement for Trans-Pacific Partnership. The consultations received over 600,000 responses, making it the largest consultation exercise, by number of responses, carried out by the UK Government. The Government will undertake proportionate consultation on any future potential trade agreement that the UK is seeking to negotiate.

I am pleased to say that the Trade and Agriculture Commission has now been launched. This will ensure the voices of the public and industry are heard by the Government. It will advise the Government on how Britain can remain a world-leader in animal welfare and environmental standards and how Britain can seize new opportunities for our farmers. Indeed, the Commission is free to make recommendations on any of the issues that were laid out in the Lord’s amendment to the Agriculture Bill. Part of the Trade and Agriculture Commission’s remit is to consider how the UK engages the World Trade Organisation in building a consensus for higher animal welfare standards across the globe. Outside the European Union, the UK will remain party to bodies such as the World Organisation for Animal Health and the Convention on International Trade in Endangered Species and Ministers have reassured me that they will continue to champion animal welfare standards on the international stage.

I understand that some people have concerns surrounding the status of pesticides in future trade agreements. Our existing import requirements for pesticides will continue to apply after the end of the Transition Period. This is because the Withdrawal Act will transfer all existing food safety provisions onto the UK’s statute book. As part of our domestic food production and food import standards, the use of pesticides will continue to be overseen by the Food Standards Agency and Food Standards Scotland. The establishment of the Trade and Agriculture Commission will ensure a dialogue remains open between the agricultural industry and the Government and will serve to advise the Government in this area to ensure that our environmental standards are not undermined.

I believe that the Lord’s amendment to the Agriculture Bill which required imports of food and agricultural products to meet domestic standards posed adverse effects to this country. It would have made it more challenging to secure new trade deals. Moreover, it is important to note that these measures are not placed on imports which are subject to agreements negotiated during our membership of the EU. Ministers have reassured me that they will drive a hard bargain in negotiations for access to our market and it is expected that all existing import conditions are respected. Furthermore, I had concerns that the amendment would put at risk the 19 currently unsigned agreements that the UK is seeking to roll over. Trade presently takes place under those agreements and our current import requirements continue to be met. Potentially unpicking those agreements and demanding various extra conditions could endanger the present deals if partners refused and walked away.

I hope the above information is of reassurance to you.