Animal Sentience and a Ban on Cages 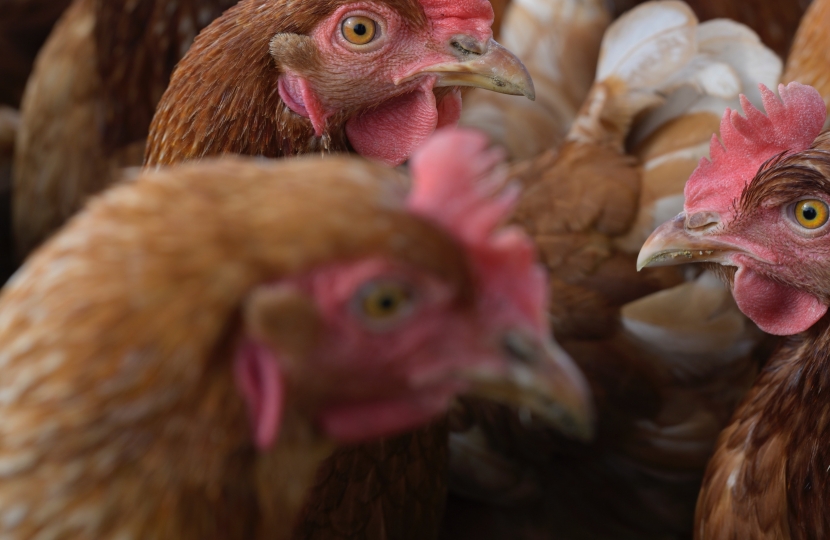 I wholly believe that animals are sentient beings and I would like to reassure you that firm action is being taken to reduce their risk of harm. The Government is committed to ensuring animal sentience is recognised in UK law after the transition period and legislation will be brought forward when Parliamentary time permits this. This includes ensuring there are effective measures to reflect animal sentience in future trade policy. Moreover, the Department for Environment, Food and Rural Affairs is currently considering how it can best assist Government departments in accounting for the welfare needs of sentient animals when developing Government policy. DEFRA will also continue to engage closely with relevant organisations and authorities to further enhance its policies on this issue.

Action continues to be taken to improve animal welfare both domestically and abroad with an increased maximum sentence for animal cruelty, banning third party sales of puppies and introducing one of the strictest bans on ivory sales in the world. Please rest assured that this Government takes animal welfare very seriously and our departure from the EU has allowed us to explore what more can be done in this area. A consultation will shortly be carried out on restricting live animal journeys, requiring approval for longer journeys and establishing welfare conditions for these journeys. The Government is also examining proposals to ban the trade of pet primates, extending compulsory microchipping to cats and controlling the trade in hunting trophies from endangered animals.

The ‘End the Cage Age’ petition calls for a ban on the use barren and enriched cages for farm animals. I have been reassured by Ministers that they are keen to further examine this issue whilst continuing to uphold our world-leading farm animal welfare standards through both regulatory requirements and statutory codes. The UK has strong legislation to maintain farm animal welfare standards, along with guidance on how best to protect the welfare of specific animals living on farms. Indeed, the Government has already banned cages or close confinement systems where the scientific evidence shows it is detrimental to animal health and welfare.

In August 2018, the new statutory Code of Practice for the Welfare of Laying Hens and Pullets was implemented. The Code outlines improved guidance on welfare legislation and reflects the latest scientific and veterinary advice. The Government is currently examining the future use of cages for all laying hens and all major supermarkets have pledged to stop selling eggs from hens kept in enriched cages by 2025.

Regarding the welfare of pigs, the Government is clear that it is committed to the ambition that farrowing crates should no longer be used for sows. It is vital that we work towards a system that works commercially, whilst safeguarding the welfare of the sow and her piglets. Indeed, the UK is already ahead of most pig producing countries on this issue, with approximately 40 per cent of our pigs living and farrowing outside. However, whilst we have made positive progress, there is still more work to be done.